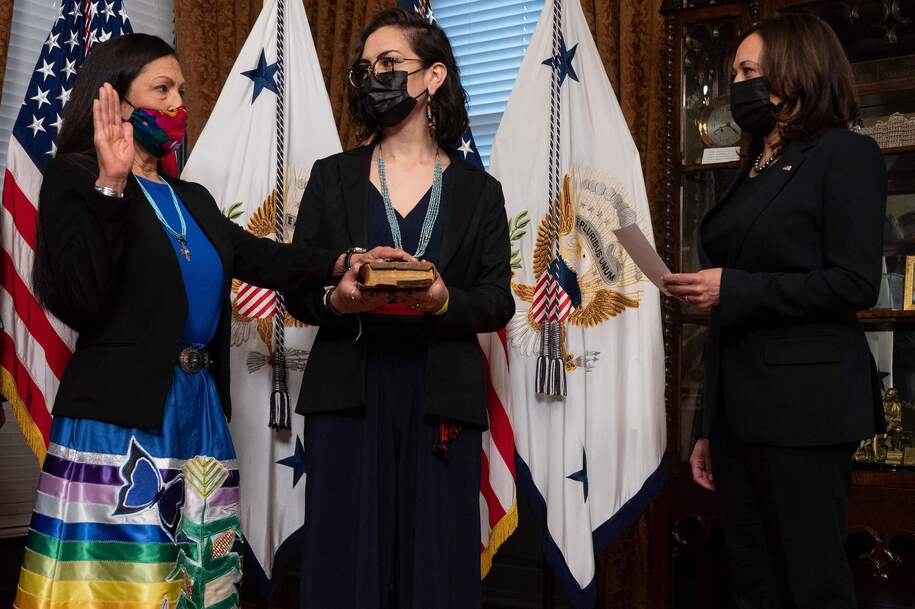 The new unit expands on the 2019 establishment of a federal task force on the issue, which is a pressing one. “The U.S Department of Justice found that American Indian women face murder rates that are more than 10 times the national average,” according to the Coalition to Stop Violence Against Native Women, which cites Centers for Disease Control and Prevention data that “Homicide is the 3rd leading cause of death among 10-24 years of age and the fifth leading cause of death for American Indian and Alaska Native women between 25 and 34 years of age.”

Native women live with that fear every day, as this example shows:

When a woman’s car broke down, she decided to walk. But first, she left this note in her car. This is the horrifying reality Indigenous people in America face, as they go missing and are killed at disproportionately high rates. She is safe, and her dad found the note. #MMIW #MMIP pic.twitter.com/ZqNyrtsT21

The new Missing and Murdered Unit will “enable the Department to expand its collaborative efforts with other agencies, such as working to enhance the DOJ’s National Missing and Unidentified Persons System (NamUs), and developing strategic partnerships with additional stakeholders such as the FBI’s Behavioral Analysis Units (BAU’s), the FBI Forensic Laboratory, the US Marshals Missing Child Unit (MCU) and the National Center for Missing and Exploited Children (NCMEC),” according to the Interior Department statement announcing its formation.

”Whether it’s a missing family member or a homicide investigation, these efforts will be all hands-on deck,” Haaland said in the statement. “We are fully committed to assisting Tribal communities with these investigations, and the MMU will leverage every resource available to be a force-multiplier in preventing these cases from becoming cold case investigations.”

Under the leadership of Deb Haaland, these promises simply carry added weight.