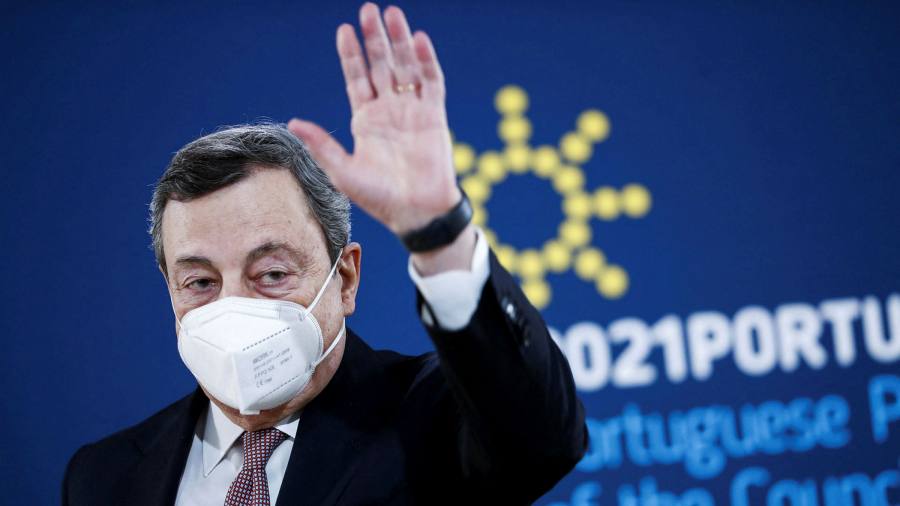 Mario Draghi has waived his €115,000 salary as Italy’s prime minister as he attempts to lead his country out of a health and economic crisis.

A declaration of Draghi’s earnings, taxes and assets, published by the Italian government, stated that he would not receive “any remuneration of any kind” during his time in office.

Draghi, a former president of the European Central Bank, was sworn in to lead a national unity government earlier this year after Italy’s previous coalition collapsed during the Covid-19 pandemic. He has since launched an ambitious €248bn package of investments and structural reforms to help reboot Italy’s pandemic-hit economy.

The decision to sacrifice his prime ministerial salary is intended to strike a chord in a country where the high salaries and perks of lawmakers have been frequently attacked by populist parties as a symbol of an out of touch political elite.

Draghi, 73, is already able to draw upon large state pensions from his previous roles as head of the Bank of Italy and director-general of the Italian treasury.

His most recent income tax return, published on Wednesday as part of the government’s transparency policies, revealed he earned €583,665 in 2019. His assets include 10 properties, nine of which are in Italy and one in London.

Draghi earned an annual salary of €401,400 as president of the European Central Bank, according to the ECB’s annual report, the same as his successor Christine Lagarde. Before leading the ECB, Draghi worked as a managing director at Goldman Sachs.

Draghi’s income for 2019 compares with nearly €1.2m in earnings declared by his predecessor Giuseppe Conte in 2018, the year he was appointed prime minister. Conte, who previously worked as a law professor and private lawyer, opted to receive 80 per cent of the €115,000 he was entitled to as Italian prime minister.

Previous Italian prime ministers who did not receive a salary did so because they were also lawmakers, unlike Draghi, which blocked them from being paid for both roles.

Mario Monti, a former European Commissioner who led a technocratic Italian government between 2011 and 2013, also chose to give up his salary when he was appointed a life senator. 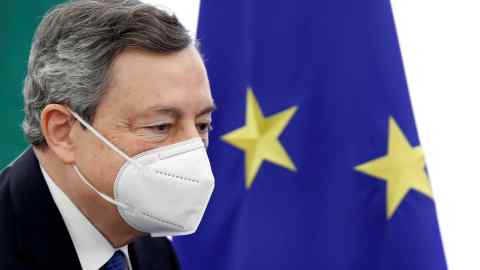 Italy’s politicians are among the highest paid in Europe. The Five Star Movement, now part of the Draghi unity coalition, became Italy’s largest party at its last general election in 2018, stating that “the age of privilege is over”.

As a technocratic appointment, Draghi is not expected to seek re-election when Italy holds its next general election by 2023 at the latest.

Today Dave Aldrich - June 23, 2021 0
Nearly 80 percent of American high school juniors and seniors say the coronavirus pandemic has affected their plans after graduation, and 72 percent of...

Politics Dave Aldrich - June 23, 2021 0
CNN’s Chris “Fredo” Cuomo was irate when he kicked off Tuesday’s Prime Time, screaming at Senate Democrats after Republicans saved the country to the...

Fredo Screams at Democrats: ‘Are You Ready to Play to Win,...