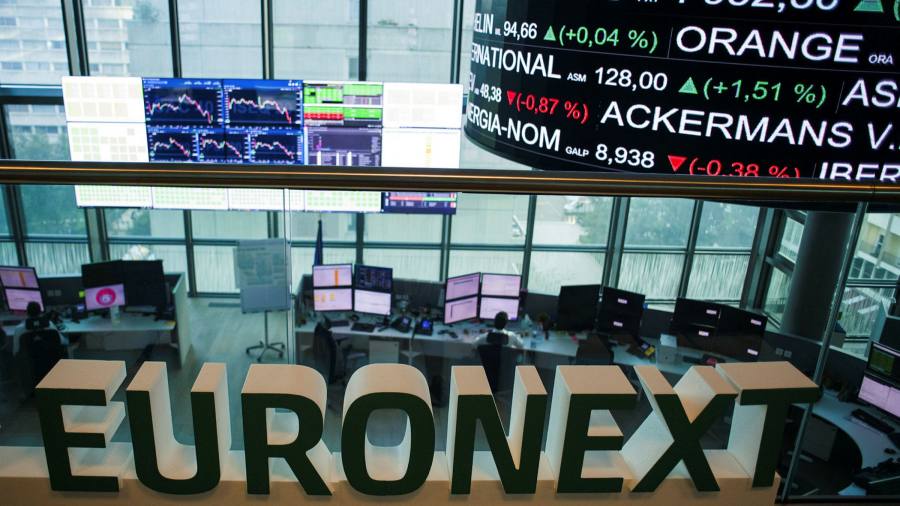 A global stock rally that has pushed markets to all-time highs continued on Thursday after the Federal Reserve underscored its commitment to support the recovery in the world’s largest economy.

Wall Street’s S&P 500 opened 0.2 per cent higher, adding to the record level the blue-chip index closed at on Wednesday. The tech-heavy Nasdaq Composite climbed 0.8 per cent following a modest rally in US Treasuries that has taken the yield on the 10-year note from a 14-month high of 1.77 per cent in March to around 1.65 per cent.

Bond markets have suffered from heavy selling in recent months as investors worried that the Fed’s ultra-loose monetary policy alongside a $1.9tn of fiscal stimulus would supercharge the economic recovery from the pandemic and unleash inflation.

Minutes from the central bank’s policy meeting, released on Wednesday, showed Fed policymakers were largely sanguine about the chances of a sustained rebound in inflation and committed to keep policy easy until employment recovered from its pandemic hit.

“Those big mental readjustments by the market contemplating the growth outlook and what that would mean for inflation have been fully digested,” said April LaRusse, head of investment specialists at Insight Investment.

Europe’s Stoxx 600 index rose 0.5 per cent, pushing it above the all-time record it set on Tuesday that wiped out its pandemic losses. The UK’s FTSE 100 was also up 0.5 per cent after its mid-cap equivalent, the FTSE 250, hit a record high on Wednesday.

Gold marched to a three-week peak while the US dollar dipped 0.3 per cent against a basket of major currencies.

Stock traders were unmoved by news of a sweeping reform to international corporate taxation proposed by the US administration that could see hefty tax bills for some multinationals.

Samy Chaar, chief economist at Lombard Odier, said the squeeze on earnings from tax rises would be counterbalanced by the high level of stimulus boosting demand. “If what happens on the tax front results in more spending, it will be seen as a net positive in the end,” he said.

But Tobias Levkovich, chief US equity strategist for Citi, said investors were too upbeat about the prospect of tax increases.

“Sentiment is in very worrisome territory as is valuation, yet money flows continue to push indices higher. Huge fiscal stimulus and supportive central banks have created the notion of there being no need to be risk averse,” said Levkovich.

Data released by Japan’s Ministry of Finance showed the country’s investors dumped ¥2.1tn of foreign government debt during the bond market tumult in February, the first month of net selling since May 2020. US and Australian bonds suffered the worst outflow, while Japan’s investors largely held their position in British and European debt.